Visit the Museum of the famous Royal Scots Dragoon Guards in Edinburgh Castle. Experience over 300 years of history from Scotland's only Cavalry Regiment. See the captured enemy standard from the Battle of Waterloo. Read about three Victoria Crosses and find out about our part in the First and Second World War. Contrast the old and the new, the sword with the musket and the horse with the tank. Discover the heroes that fought and died. It is a history without end for the Regiment continues today proud in their tradition and of their motto "Second to None".

The museum displays a wide range of objects including swords, firearms, medals, uniforms and paintings. 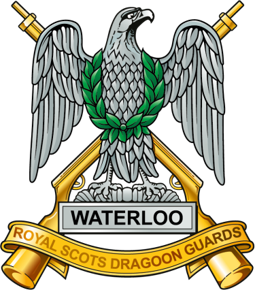 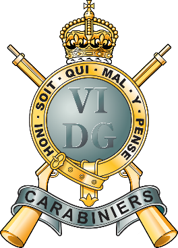 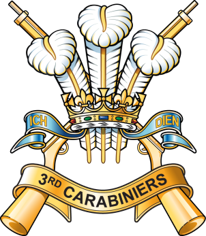 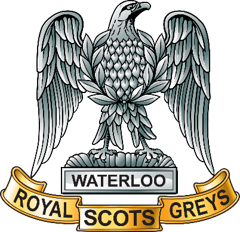 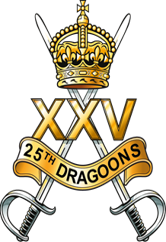 Through a series of amalgamations, these regiments came together over the 20th Century and in 1971 The Royal Scots Dragoon Guards was officially formed. It is an operational regiment whose soldiers fulfil the same role as the men that have gone before them. With a proud history the men of the Royal Scots Dragoon Guards can be sure in the knowledge that they are, as their motto states “Second to None”.

The museum operates as a Charitable Trust (Registered Charity Number in Scotland No SC006547) with a board of Trustees and a Regimental Curator.

The museum is supported by hard working volunteers and student placements who assist in a variety of ways.

The Museum is free to visit but there is an entrance fee to enter Edinburgh Castle.

Parking is not available at the Castle. The nearest city parking zones are located at Castle Terrace and Johnston Terrace. Visit NCP car park website www.ncp.co.uk/multimapform.aspx for additional information on directions and parking fees.

There are limited spaces for disabled visitors at the Castle, please book in advance by telephoning 0131 310 5114.

The Museum is fully wheelchair accessible.

The bronze Eagle sat atop a staff which carried the standard of the French 45th Regiment of Line at the Battle of Waterloo. The Eagle and standard were captured by Ensign Ewart of the 2nd or Royal North British Dragoons (Scots Greys) at the Battle of Waterloo. The Eagle was the iconic symbol of Napoleon Bonaparte’s France and was carried with pride at the front of every regiment in Bonaparte’s army.

The eagle is a representation of the Jupiter’s Eagle of Roman mythology. The Eagle is clutching a spray of lightning bolts the weapon of Jupiter. Napoleon based his design on that of the Roman Aquila (Eagle in Latin) which sat atop a legions standard.

This 1797 Heavy Cavalry Universal Pattern Saddle used by the then 18 year old Lieutenant James Gape of the 2nd or Royal North British Dragoons at the Battle of Waterloo. At Waterloo the young Gape was in the thick of the charge of the Union Brigade when a musket ball was fired from just 20 yards from his front by a French soldier. This ball went through the rolled up cloak to the front of the saddle and became lodged into it. Later in the battle a second ball was fired and struck the seat of the saddle only just missing Gape.

Dating to the 1820’s this helmet known as the Roman Pattern belonged to an officer of the 6th Dragoon Guards (Carabiniers). The flamboyant style of this helmet was characteristic of the British Army’s dress of the period following the Battle of Waterloo. Following the close of the Napoleonic Wars the Prince Regent was able to redesign the uniforms of the army with much of the Heavy Cavalry regalia being altered.

This Imperial Japanese Army Officer’s katana was taken by Trooper Jenkins of A Squadron, 3rd Carabiners at Irrawaddy, Burma, 1945. The IJA Artillery Officer whose sword it had been was killed by Jenkins when he climbed inside Jenkin’s tank. The Japanese officer had only just killed the British tank commander and gunner with this sword. Jenkins was awarded the Military Medal for his action in saving his tank that day.